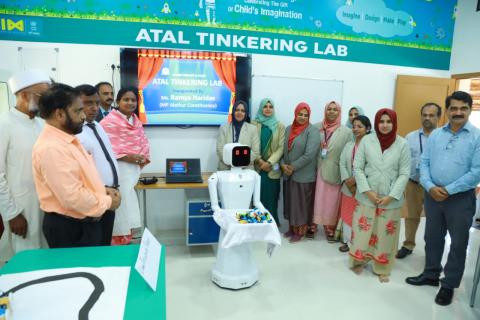 Ansar English School held the inauguration ceremony of the  ATAL Tinkering lab on 5th January 2023. The event was attended by a range of individuals, including school staff, students, and community leaders.

At the ATAL Tinkering lab, a Robot welcomed the chief guest Ms. Ramya Haridas , MP Alathur Constituency by handing  over a bouquet of flowers.  The ATAL Tinkering lab inaugurated by Remya Haridas, and it was followed by a tour of lab , It  provided the guests  an opportunity to see the facilities and equipment that are available and to get a sense of the kinds of activities and projects that done in the lab. Vice Principal Mrs Shyny Hamza welcomed the chief guest and the other dignitaries to the event. The presidential address was given by Jb KV Mohammad Vice Chairman of ACT and it was followed by the inaugural address by the chief guest.  School Principal Mr. Shihabudheen Pullath handed over the momento to the chief guest. Mr Sooraj CEO and CO founder of Robo Miracle Technologies Private Limited  gave a small awareness speech  about the Tinkering lab. The programme was graced with the valuable presence of  Dr. Najeeb Mohammad CEO of EL ACT, , Mr. E. M Mohammad Ameen TMC member , Dr. Mehmood Shihab Principal ATCW, , Mr. Abdul Kader President PTSE, Mrs. Sahira Ahammed Academic Consultant and all the heads and Junior Principals. Cultural programmes added more excitement to the event.The entire programme came to an end with the vote  of thanks by Simra M  the House Captain. 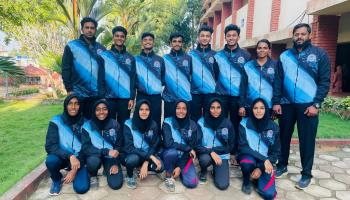 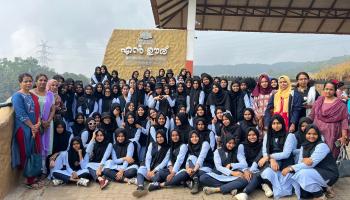